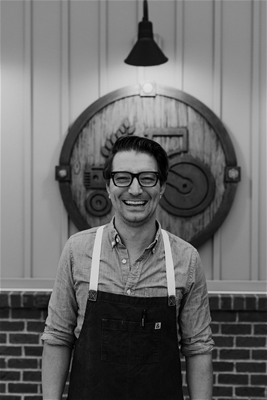 Rocky Shanower is the co-owner & founder of Park Street Pizza and mobile wood-fired pizza concept named Bahler Street. Yes, Rocky is his full name given at birth…” Thanks Mom!” He and his partner/wife Courtney Shanower opened Park Street Pizza in 2003 at the age of 22 years old in their hometown of Sugarcreek, Ohio. They have two sons named Rigsby (12) and Wilde (8). Park Street Pizza has become a regional destination known for a locally sourced seasonal menu. Bahler Street is a mobile wood-fired pizza concept that was developed in early 2014 by the couple, pairing Courtney’s sourdough recipe with Rocky’s concept of a mobile pizza truck. His passions in business include collaborating with local farmers and producers, team building with an emphasis on service and culture, and obsessing over new opportunities for growth through pizza. Rocky is a college dropout who happens to be named this year’s Young Entrepreneur of Year.