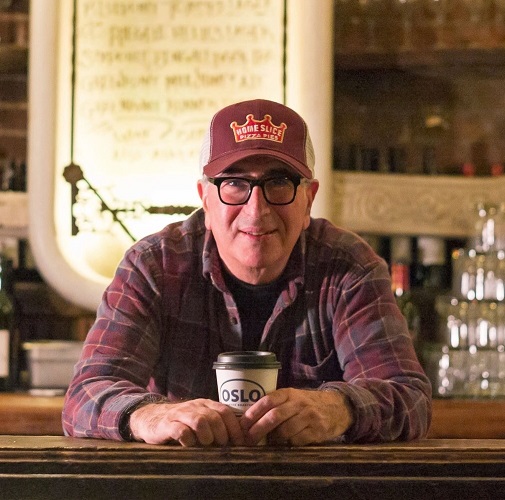 Paul Giannone (who goes by the name Paulie Gee) spent nearly 30 years as an IT manager for large corporations such as AT & T and Lucent until a fateful visit to Totonno’s sparked a passion. Soon he was devouring his way through the city’s pizzerias and testing his own recipes in a wood-fired oven in his back yard. In March 2010 he opened Paulie Gee’s in Greenpoint, Brooklyn, which quickly became one of New York’s iconic places. There are now Paulie Gee’s outposts in Columbus, Ohio, Baltimore, and Chicago, with a new Brooklyn slice shop that opened in 2018.